The School of Languages and Literatures and the Faculty of English invite everyone to a guest lecture by Dr Michał P. Garapich, University of Roehampton, London, UK. The lecture, entitled "Making sense of a mess. Reflections on Brexit and the emotional character of modern politics," will take place on May 12 (Thursday) at 11:30 in Aula Heliodori. Everybody's welcome!

Abstract:
In early 2016 I was invited by the Institute of Public Affairs in Warsaw for a panel discussion on Brexit referendum. I was very sceptical about the possibility of Britain’s withdrawal, referring to famous British pragmatism and Brits’ geopolitical collective reason which would not give way to cheap populism a la Farage. Five years later, I am still embarrassingly surprised what is going on in British politics. In this lecture therefore I will try to make sense of that process, but without much hope about getting clear rational explanations. British politics has become increasingly emotional, hence new ways of decoding what is going on are needed. At the same time, looking back at last 100 years, a certain logic that lead to Brexit is detectable. A country that in few generations has shifted its status from imperial super power to a small island on the periphery of Europe, a country that despite this, managed to keep its key place as world leading centre of finances, arts and sciences, is surely not easy to understand. I will then try to make sense what is happening taking a more partial, subjective anthropological perspective of someone observing, participating but also someone being the object of British shifting cultural landscapes. 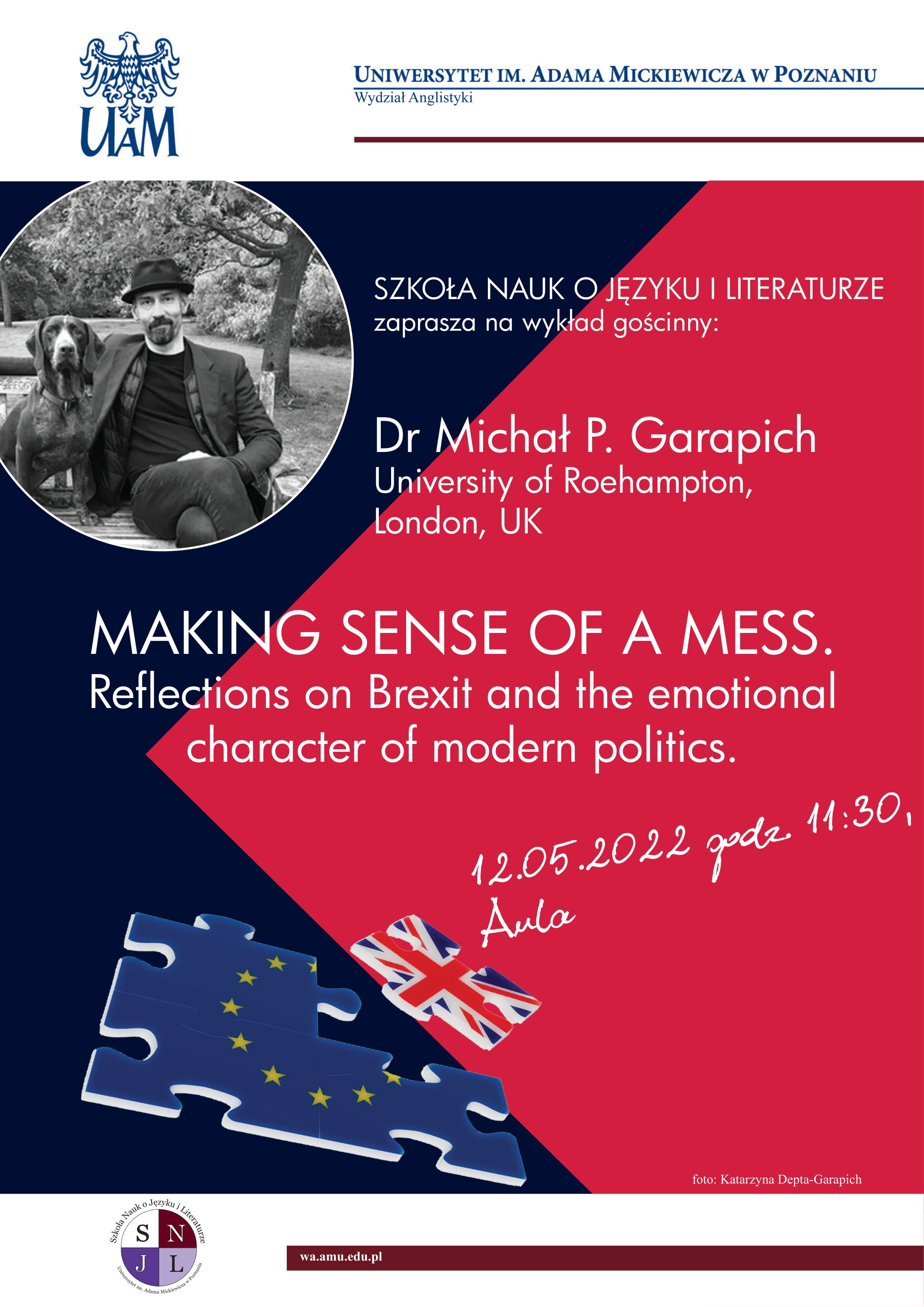