There is an extraordinary place in the Polish city of Poznan – the Enigma Cipher Center, a unique multimedia exhibition that attracts visitors to discover the secrets of the history of encryption and hacking Enigma code. In November 2021, during an academic mobility programme at Adam Mickiewicz University in Poznan, the authors of this publication had the opportunity to visit the Center and make a fascinating audio tour of the events that changed World War II and paved the way for the digital world we live in.

Can you imagine how proud we got when in the first halls of this extraordinary exhibition we heard about Lviv Polytechnic and the founder of the cryptology courses at Poznan University in the interwar period Zdzisław Krygowski, rector of the Higher Technical School in Lviv in 1917–1918, whose students deciphered the code of the German military cipher machine Enigma?

Before the outbreak of the First World War, cryptology and decryption were of great interest to the world’s leading military countries. Professional mathematicians became qualified personnel for such operations. One of them was the mathematician Zdzisław Jan Antoni Krygowski. 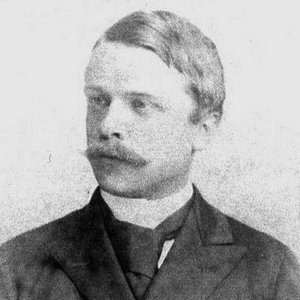 He was born on December 22, 1872 in Lviv in the family of Antoni Krygowski. He studied at the gymnasium in Wadowice near Krakow, where his father was the director. He received maturity diploma in 1890 in Krakow, after which he entered the Department of Philosophy at the Jagiellonian University. In 1895 he received the title of Doctor of Philosophy, having defensed his dissertation «On the theory of general theorems of Green».

In 1901 Zdzisław Krygowski received the position of Associate Professor at the Higher Technical School in Lviv, where he taught Higher Mathematics at the Department of Chemistry and Architecture. After his habilitation in 1908 he was approved as an extraordinary professor of mathematics. During the 1913–1915 academic years he was Dean of the Department of Water Engineering, and in 1917–1918 academic year – Rector of the Higher Technical School in Lviv.

In 1929, a course in cryptology was established at Poznań University. It was supervised by Zdzisław Krygowski.

The teachers of the courses were officers of the II Division of the General Staff of the Polish Army. A year later, a branch of the Cipher Bureau was established in Poznan, which involved the most talented students of cryptology courses. Three of Krygowski’s best students – Marian Rejewski, Henryk Zygalski and Jerzy Różycki – became the ones who deciphered the code of the German military cipher machine Enigma at the end of 1932.

For this success in 1938, Marian Rejewski received the Golden Cross of Merit. Their work was actively used by the British secret services to defeat Nazism, in particular to detect German submarines in the Atlantic Ocean. After the Wehrmacht occupation of Poznań in 1939, Zdisław Krygowski moved to Kraków, where he taught at the local Polytechnic, and in 1947 he returned to Poznań University as a full-time contract professor. Here he continued to teach until his death on August 10, 1955. Thus, the former professor and rector of the Higher Technical School in Lviv taught students who joined in strengthening the defense capabilities of interwar Poland and made a significant contribution to the victory of the Allies during World War II.